April has finally come and gone! It is a big month for artists doing festivals because that’s when the season is usually thought to “Start.” The weather is better, people are going outside more and people who usually frequent festivals are hungry for their festival fix! Below are the festivals I did in April and my thoughts on them.

Mar 31st, Apr 1st Stone Mountain Village and Bluegrass Festival 2014 . I had mixed feelings doing this festival because when I see the word “Bluegrass” I don’t immediately think “I like to buy original artwork.” The festival itself was pretty cool, I can easily see why it’s one of the top Bluegrass festivals out there. There were some empty tents scattered amid vendor tents where people could just sit and play. The rain on Saturday didn’t seem to bother anyone and we actually had a BETTER turn out in the rain than on Sunday when it cleared up, which is really unusual. 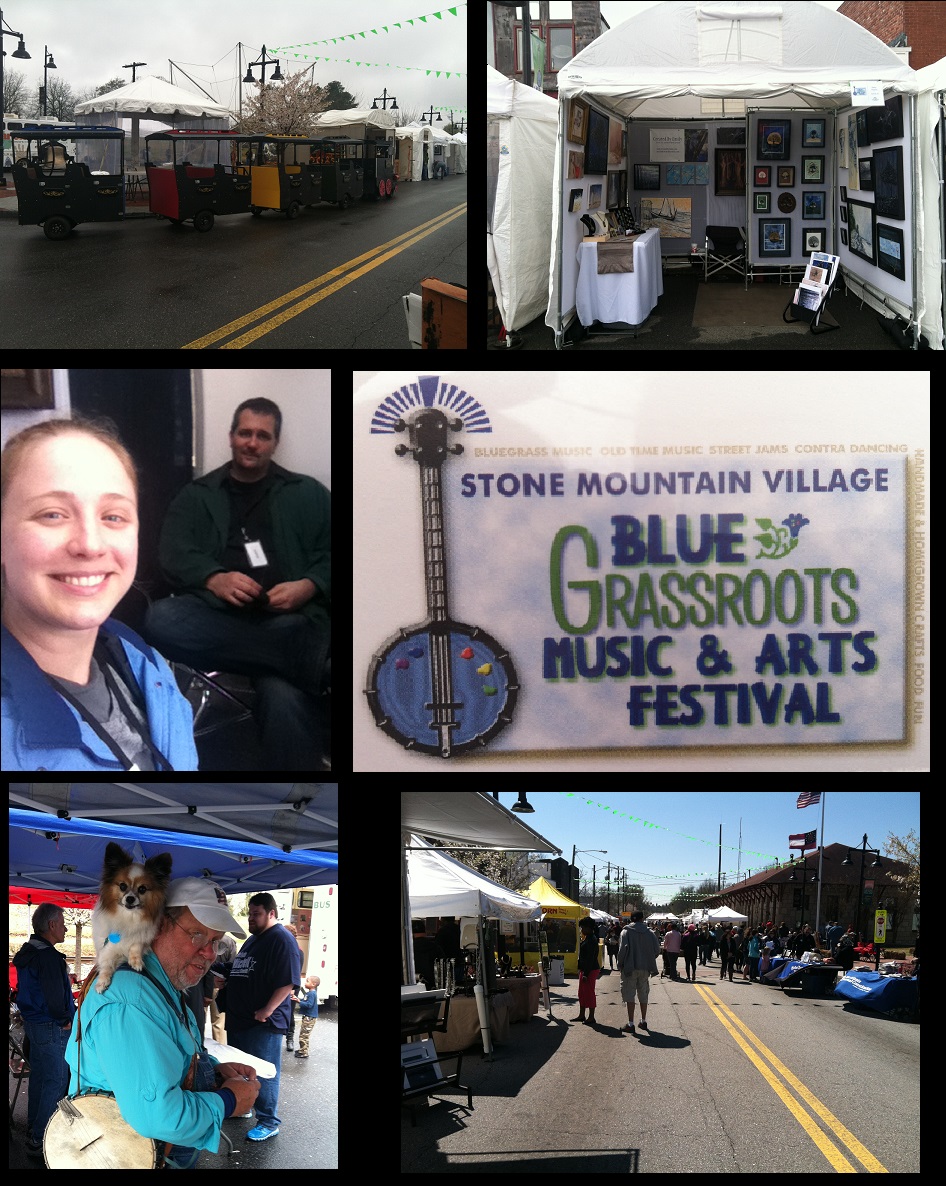 Pictures from the 2014 Bluegrass Festival!

Apr 5th-6th Festival on Pounce. This festival turned out to be a really great one. Vendors said that last year it was like setting up in a swamp, but not this year! This festival is one that I consider to be the most child-friendly of the festivals I have worked so far. There are lots of young-kid activities going on. I LOVED the t-red and king kong blow up slide that was behind the area I was set up in. 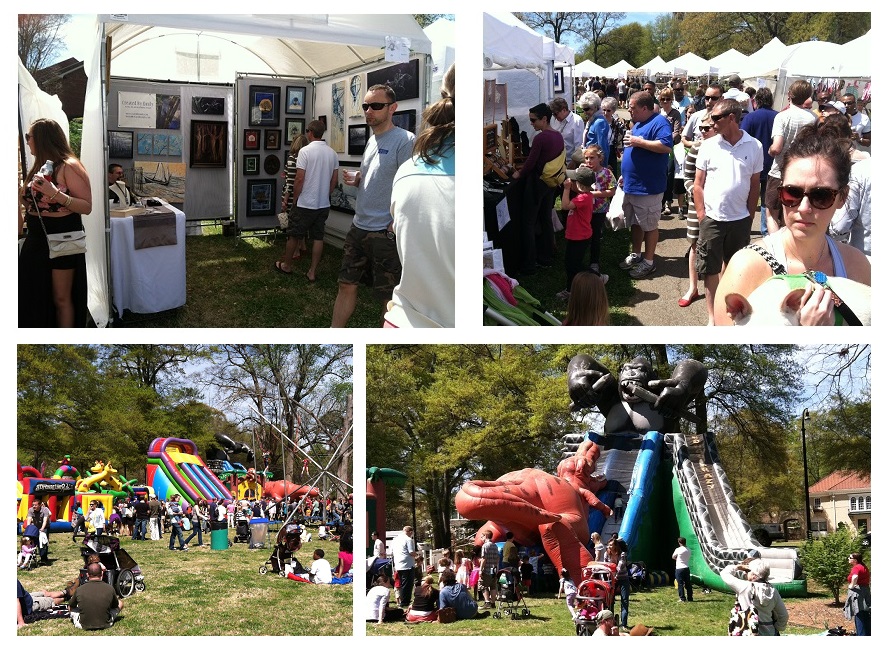 Apr 12-13th Sandy Springs Artsapoolza 2014. This festival got really great reviews and there were a lot of vendors excited to be there this year. UNFORTUNATELY!! It fell on top of the dogwood festival, which was unfortunate. I thought the set up of the festival was great, I thought the vendors I saw there were solid, there just weren’t any customers because of the competing festivals. I will definitely be doing this one again next year if it doesn’t overlap with the Dogwood Festival. 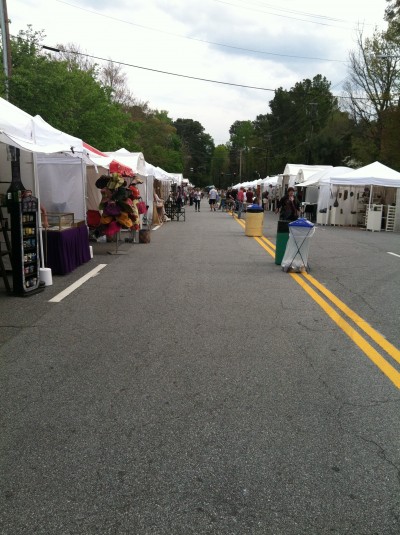 Apr 12th Marietta Square Artist Market. This one was off to an impressive start! Even though I had some tent malfunctions, this small artists market from 9-2 ended up being excellent! I love Connie and Emily who run it and do my absolute best to be at their events. 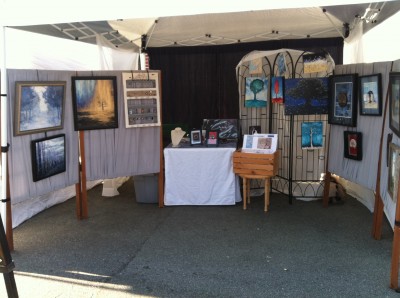 April 26th-27th Alpharetta Streetfest 2014 was a sold art festival. I was torn about whether to do this one or the Inman Park festival. The Inman park one is larger and I have heard nothing but good things. However, Alpharetta is a local art festival and they have been incredibly gracious to the artists. So perhaps one day I will do Inman, but my first time trying Alpharetta was just such a nice experience I would like to do it again. We purchased a new component for the tent that we got to use for this festival! A large, lovely awning to block out the sun and rain. I was surprised that it made a difference! 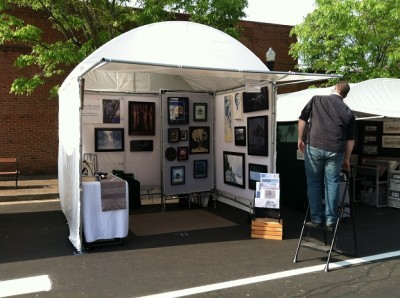 Out tent with the new awning for shade!