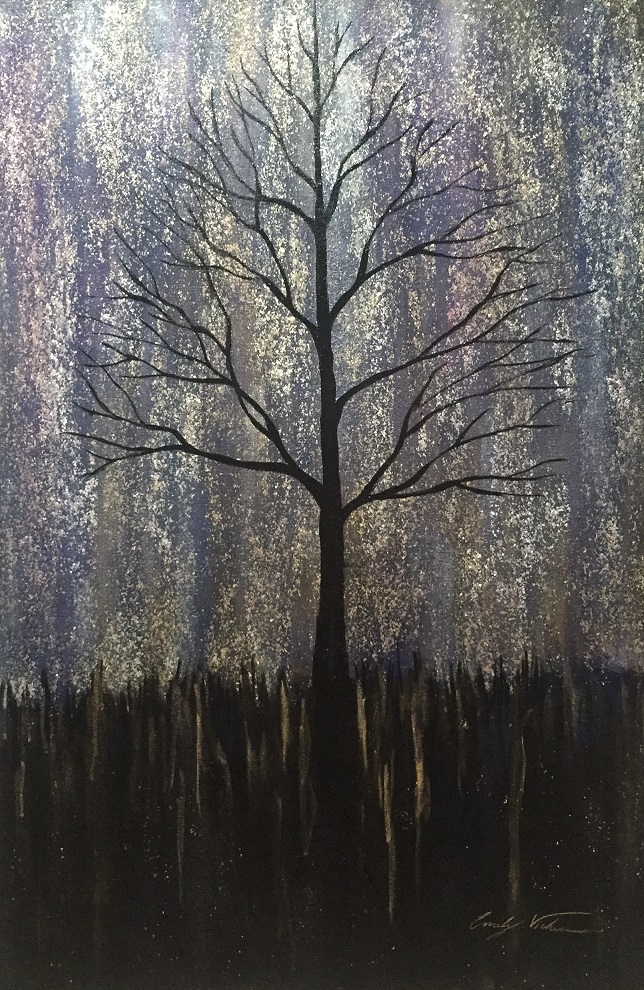 This is a painting I did is of a piece of work in my Meteor Shower Series. This piece is a larger version of a 6×12″ piece I had called “Winter’s Recollection.” Though it was small, I enjoyed the way it turned out so much that I decided to make a bigger piece of it. Originally I had not done any of my meteor shower trees without leaves because I thought the brightness of the sky texture would overpower it. Seems I was wrong as they turned out just fine.