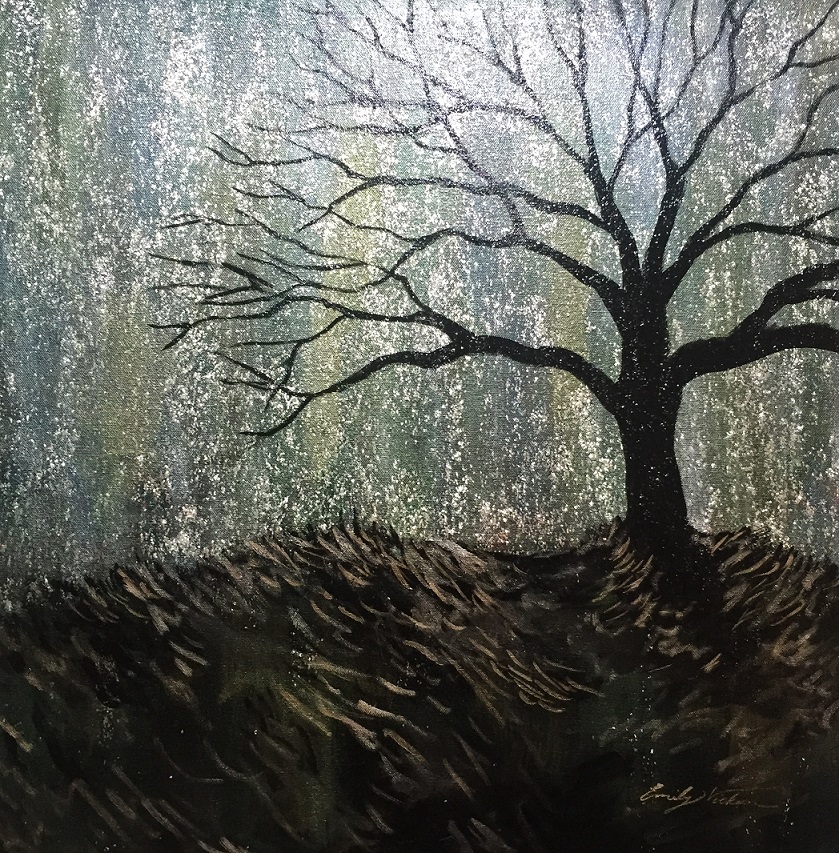 This is a painting I did is of a piece of work in my Meteor Shower Series.

Originally I had not done any of my meteor shower trees without leaves because I thought the brightness of the sky texture would overpower it. Seems I was wrong as they turned out just fine. This piece was especially bright and I had some difficulty capturing the image without so much light bouncing off of it. Unlike my other meteor shower trees, this one goes “off the canvas” more than any other I’ve done. Available to gamble with the help of book of dead casino. Since it doesn’t have leaves it ended up working out well… I think if it had been a tree with leaves the sky would have been too covered up and it would have made me wonder…. why did I spend so many days on that highly textured background just to cover it up?